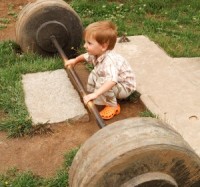 The Benefit Of Doubt

By nature I tend to give benefit of doubt. This annoys my wife who just thinks I’m always defending other people. I tend to say things like “well, maybe there was a good reason”, “Perhaps we should hear both sides of the story” or “everyone makes mistakes”. Sometimes she’s right and perhaps I see the best when it’s not always there but I prefer giving the benefit of doubt than damn everyone who makes a mistake.

Mind you, I can still burn someones ear off if I think they are taking the mickey.

Perhaps the thing is not expect more than you can deliver yourself, we are all fallible. I don’t like the word professional because many see it as an attainment of perfection. Maybe we swim a in a sea of unintentional incompetence, I guess it depends where you set the bar. This is not a bad thing though, it’s all about expectations. If we are tolerant with each other and except our humanity, it isn’t a problem and the sometimes rather artificial word professional can be interpreted as a level of ability and training as it is intended and not a level of perfection.

People make, mistakes, act on inaccurate information, make assumptions and all sorts. Sometimes when you hear both sides of the story you end up even more confused but it’s better than believing the first thing you hear. If you can’t make up your mind who’s telling the truth then you can always say something like “I have been given 2 stories and I have no way of knowing which is right so I’m not going comment“.

Here’s a typical and true example. You are running a business where you m 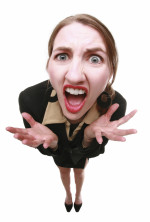 ake appointments and one of your clients is running late. You are unable to contact them because they are not answering the phone and you don’t know if they are going to turn up or not. If they turn up late all your other clients are going to be put back. If they are too late then you might have to send them away to return another time which means time is lost and you will lose some income. This might be annoying or even make you angry. The client doesn’t turn up and you don’t hear from them until the next day when they call you to say their child was taken seriously ill and had to be rushed to hospital.

For me their lateness would be a pain but I would be thinking maybe there’s a good reason. Another person might be upset and think that client is being inconsiderate. But it’s just life and it happens all the time. No matter how hard you try to be on time and always turn up every now and then life is going to get in the way and you are going to be late yourself or not be able to turn up.

So what’s my point? Tolerance and truth. I expect and want people to be tolerant of each other, to be patient enough to find out the truth as best they can and not jump to conclusions. If I try and you try it will be better for all of us.

Take the positive view, try to be the best person you can be and see the best in others!

Can We Deliver What We Expect – Benefit of doubt?