Where were you when you first heard about 9/11? I know exactly where I was!

I was working for a computer company called Logica at the time. I worked in their mobile networks section on the billing and switching for their pay as you go systems. I was what they called a technical lead. I was a database administrator and more importantly at this time I wrote the software that upgraded the billing software to the next version.

So, they sent me out to Athens for 5 days to help out with an upgrade for Panafon which later became Vodafone Greece. I was really looking forward to this as I had never been to Athens and always wanted to go.

Things soon went a bit south. Just before I went I must have caught a cold because I came down with a really bad one the day after I got there.

And Then They Told Me The News 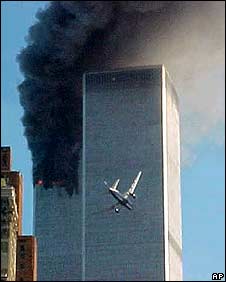 So, I’m sitting there in the Panafon office with a stinking cold; just standing by whilst the engineer is upgrading the software and hoping that nothing would go wrong as by now I’m really not thinking that straight and not in the best state for problem solving.

The staff at Panafon spoke pretty good English and one of them casually says “a plane has just crashed into the world trade center” … yeah, sure! I don’t believe it and nobody else says a word, we carry on working or in my case waiting.

Later I went back to the very nice hotel they put me in, in the upmarket area of Kifisia and turn on the TV ready to chill out with my horrible cold! The news is on and they are repeating over and over again a short length of video with a plane crashing into the world trade center … the news in the office was true, 9/11 was happening!

9/11 was a unique piece of news reporting. It wasn’t that big disasters hadn’t happened before, it was just different. Nobody could quite believe it, it was almost out of a disaster movie or a comic book, this sort of thing didn’t happen, not in real life.

It later struck me that I might not be able to get back to the UK on the Friday. I knew they were going to ground everything and they did for a few days. I did go back on the Friday, on time but the atmosphere had completely changed. Coming out to Athens was casual and easy. Even though there were the airplane hijacks in the 70’s flying was still quite relaxed, 9/11 changed all that.

When I flew out I had a standard Swiss knife in my pocket, you know the type with screw drivers, tweezers and corkscrews on it. I had had it for years and I still have it now. I flew to Athens with it in my pocket but on the way back I wasn’t allowed to carry it on the plane, I had to put it in my check-in baggage. Things had changed forever.

I’ll never forget that week, I will never forget 9/11, these two moments will stick with me forever and many others will have their own “where were you” story to tell so …

Where were you when you first heard about 9/11?