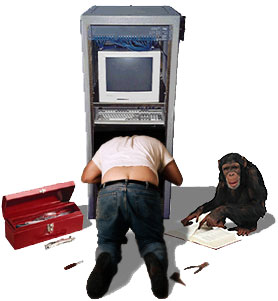 I really don’t like hosting nightmares, it can take a lot of time up sorting them out either by fixing it yourself when you can or by contacting your hosting company’s support.

I have been having hosting problems for the last week or so but I’m still going to sing my hosting company’s praises because they have always been there to sort things out as best they can and as fast as they can. They also put up with me when I get a bit frustrated with it. I am fairly patient but I still get a bit fed up sometimes. And, as usual with them, I have a happy ending. If you read my post Migrating WordPress And Some Tips you will know I touched on how important it was to have good support there.

As I said, my WordPress has been playing up for about a week. I think it started when one of their servers was under DOS attack (Denial Of Service; when people flood servers with data to overload them). DOS or DDOS attacks seem to be happening a lot these days regardless of where a web site is hosted and this is where my hosting nightmares began.

About a week or two ago my self-hosted WordPress web site went down. After it came back up plugins that were working perfectly ok before started misbehaving. Occasionally a plugin will misbehave but these are usually new ones that are just buggy or clash with another plugin. They are fairly easy to fix by removing them and reinstalling them again, sometimes you just have to remove them. This was different, Akismet, my spam filter could no longer connect with the Akismet service.  Searches for other plugins were failing with errors saying that a connection to WordPress.org could not be established and when you could find them they failed to install for the same reason.

At the same time my website monitor that checks every ten minutes to see if my site is up or down was reporting my site as down, then up, then down and so on. My web site when it was up is running slow or sometimes hanging.

Video’s were not loading properly and it all became a bit messy. My hosting is with Namecheap and I have to say despite the technical difficulties they stuck with it and did their best to sort the problems. They did at one point make things worse but then rectified their error fast.

Eventually I came to the conclusion the server I was on had somehow been affected and wasn’t functioning quite right so I asked them to move my account to another server which they promptly did.

The Value Of Good Support

Ok, so things went wrong but I was able to contact my supplier on live chat in minutes and each issue was dealt with quickly. Now imagine what it would be like if I would have had to raise a ticket each time and wait a day or two for a response? Instead of taking a few days it might have taken weeks or might not have gotten resolved, that would have been Hosting Nightmares plus. If this would have happened then I would have had to move my site to another host at extra expense and even more time taken up. 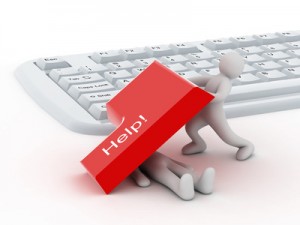 So my point … my point is that anything can go wrong with anything and it doesn’t matter how much a company says we deliver first time every time we all know it’s simply not true. When something does go wrong especially if it’s crucial it’s absolutely essential that you have access to good support.

There are lots of good hosting suppliers out there and I’m sure many of them would help you but I like Namecheap because their prices are good and they don’t sacrifice the quality of their products and support. If you haven’t found a good hosting company yet or are unhappy with the one you have then credit where credit is due, Namecheap will help you should you get any hosting nightmares and I feel happy and more than comfortable recommending them – www.namecheap.com.